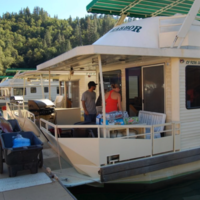 Whether you are planning an extended vacation or a weekend getaway, you will ... Read More 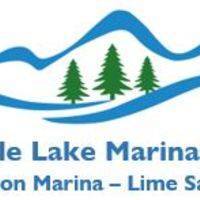 In 1850, the brig Frolic, bound for San Francisco, ran aground and sank off Point Cabrillo. After lobbying form the growing timber industry, a new lighthouse was completed in 1909 with fog signal and a 47-foot-high tower with a third-order Fresnel lens.

The original lens was removed from service in 1972 when the station was automated. In 1999, the aerobeacon light that was installed for automation was replaced with the original light, which had been restored to new condition.

Point Cabrillo Light not only marks Point Cabrillo itself, but also warns mariners of a series of shoals and rock outcroppings that extend up to a mile offshore. A little more than a mile offshore of the light, depths increase to 27 to 30 feet with no signs of rock caps.

The light beams out into the Pacific 81 feet above the water with a white flash every 10 seconds.

A parking lot is available at the east end of Lighthouse Road, which is approximately a half-mile from the lighthouse. Point Cabrillo Preserve is open 9 a.m. to 6 p.m. every day, and guided tours are available on Sunday at 11 a.m. The lighthouse is currently closed due to renovation, but regular tours are planned once restoration is complete.

Write a Review
No reviews yet! Be the first to write a review of Point Cabrillo Lighthouse.