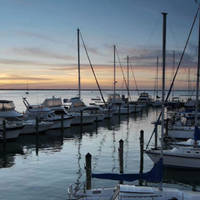 16 Reviews
Built at the mouth of Back Creek; our marina basin faces the Chesapeake Bay, ... Read More 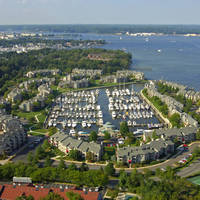 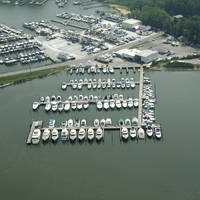 South Creek is a large tributary of the West River that is located just across the water from the town of Galesville, but is bordered by the town of Shadyside. Mainly a semi-protected area to anchor, South Creek is home to the Chesapeake Yacht Club, described below.

The image above is a view from the northwest looking southeast over the entrance to South Creek. To the left (north) is the Chesapeake Yacht Club, which may offer transient slips for members of reciprocating yacht clubs. They do not offer berths for the general public. The town of Shady Side is up and off to the left, and just out of the image to the right is Chalk Point.

From this point, turn to the south toward flashing red 2, which takes you into the West River, and then turn slightly more toward the west for a little less than two miles to pick up green daybeacon 3, which is north of Cedar Point.

Write a Review
No reviews yet! Be the first to write a review of South Creek Inlet.