Rain starting in the morning.
54℉ENE at 16 knots 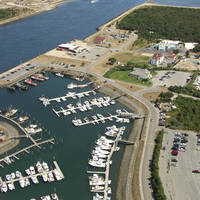 158 Reviews
The Sandwich Marina has been operated by the Town of Sandwich since its incep... Read More 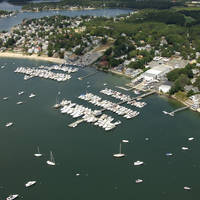 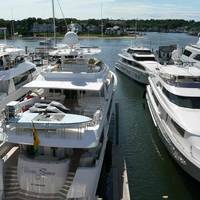 15 Reviews
Hyannis Marina is your gateway to the beautiful waters of Cape Cod, Nantucket... Read More

The Cape Cod Canal is a man-made sea level (no locks) body of water that connects Cape Cod Bay to the north with Buzzards Bay to the south, saving the long trip out and around Cape Cod and the islands to the south. Although deep, wide and well marked, there are some special things about the canal you will want to take into account.

Vessels larger than 65 feet in length will need to contact the Marine Traffic Controller for the canal on VHF Channel 13 prior to entering. Commercial traffic is heavy on the canal, but if you transit during fair current and fair weather (stick to the right side of the channel) you should have no problem with the 10-mile-long journey.

You must not exceed a 10 mph speed limit, but you must also complete the 10-mile-long trip in 2.5 hours or less. This makes it extremely important to take tides and current into account if you are traveling in an underpowered vessel. There is typically a four- to five-knot current in the canal, with a tide that floods to the east and ebbs to the southwest. All boats must transit the canal under power (no sailing), and there is no fishing, docking or stopping once you have started the journey inside the canal.

There are three bridge that cross the Cape Cod Canal at various points. Two are high-level fixed bridges that both have 135-foot fixed vertical clearances. The other is a bascule railroad bridge that is left in the open position unless rail traffic is approaching (extremely rare).

From the north, the Sandwich Harbor is the closest area to tie up and wait for a favorable current, or a great place to spend the night if you arrive to the canal late in the day. There is a marina here that caters to transients.

The idea of linking two tidal rivers to create an all-water route across the seven mile isthmus of Cape Cod was first proposed by Captain Miles Standish of the Plymouth Colony. But Standish's dream for a waterway through the isthmus was far too large a task for a small band of Pilgrims. During the American Revolution, the idea of a canal at Cape Cod took on an importance as a way to circumvent British harbor blockades. Throughout the nineteenth century, many plans were made, but none succeeded. It would take a wealthy New York financier named August Belmont and modern engineering to finally make the Pilgrim's dream a reality.

The grand opening of the Cape Cod Canal was July 29, 1914, and was expensive for mariners. As much as $16.00 for a trip by schooner, a considerable amount in those days. This, along with the narrow 100 foot width and shallow depth of the canal made many mariners continue to use the routes around the cape. As a result, tolls did not live up to expectations and the Cape Cod Canal became a losing proposition.

As a result, the Cape Cod Canal was purchased by the U.S. Government on March 30, 1928. The waterway was widened and deepened to nearly 500 feet wide and 32 feet deep, respectively, which required removing 30 million cubic yards of earth. All this work employed a total of 1400 men during the Great Depression. By 1940 the completed Cape Cod Canal represented the widest sea-level canal in the world. Ship traffic could safely transit the waterway and now over 20,000 vessels of all types use the Canal annually.

From Cape Cod Bay, flashing green buoy "1" marks the initial approach to the twin breakwaters, east of the town of Sandwich, at the beginning of the canal. If you have never transited the canal before, please take note of the special considerations you should keep in mind before making your trip in the introduction above.

From flashing green buoy "1," set a course for flashing green buoy "3" and flashing red buoy "2" (visible in the image above), which both mark the breakwaters at the opening of the canal. Green Cans "5" and "6" are the last aids to navigation you will see until Taylor Point at the south end of the canal. Once inside the canal you will find project depths of 32 feet with a minimum channel width of 240 feet.

Write a Review
No reviews yet! Be the first to write a review of Cape Cod Canal North Inlet.