Rain this evening and tonight.
56℉SSW at 8 knots 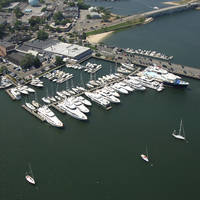 8 Reviews
Welcome to Waterfront Marina, the most centrally located marina in the Villag... Read More 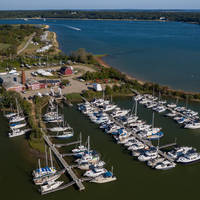 4 Reviews
Located in a well protected cove off of Southold Bay, Brick Cove is a full se... Read More 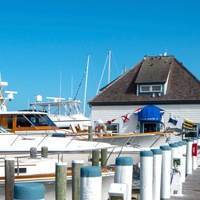 27 Reviews
Please be aware that our COVID-19 Policy requires ALL guests to wear a mask a... Read More

The Shinnecock Canal is a man-made channel (one lock) that leads from northern Shinnecock Bay on the South Shore of Long Island north to Great Peconic Bay in the area of Long Island known as The Fishtail. The canal cuts a significant amount of distance off the journey to Great Peconic Bay when compared to the distance involved in navigation out and around Point Montauk to the east.

In the canal itself, there are no aids to navigation, but the channel is wide and relatively deep in most places. About midway on your journey south to Shinnecock Bay, you will have to navigate the only lock in the canal, which is 250 feet long and 41 feet wide. If the traffic is busy here, larger boats and commercial traffic will normally be put through first.

Write a Review
No reviews yet! Be the first to write a review of Shinnecock Canal North Inlet.