Partly cloudy throughout the day.
56℉SSE at 4 knots 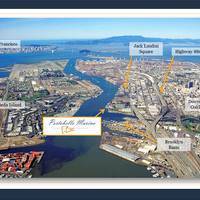 Situated at the mouth of the Garcia River near Flumeville, CA, Point Arena Lighthouse marks a very important bend in the Northern California Coast about 50 miles north of Bodega Bay and 90 miles north of San Francisco. From this point, the coastline makes a marked turn to the east-northeast, and then gradually returns to its northwest course.

Point Arena is an important landmark and navigational waypoint for mariners making the north or south passage along the California Coast. If the lighthouse looks familiar, you may have seen it in the Mel Gibson  Jamie Lee Curtis film Forever Young.

Arena Rock lurks just below the surface about a half-mile north of the lighthouse (and the chart has the marked wrecks to provide enough reason to steer clear of this obstruction. Farther south, Sea Lion Rocks and a shoal at Arena Cove bear watching.

The lighthouse is open for tours daily and is currently managed by the Point Arena Lighthouse Keepers, Inc.

Write a Review
No reviews yet! Be the first to write a review of Point Arena Lighthouse.