Partly cloudy throughout the day.
68℉W at 6 knots 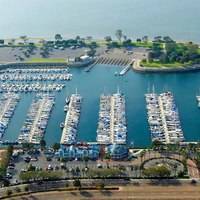 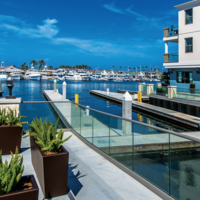 There’s no place quite like VUE. Here it’s all about living on the water, and... Read More

The New Point Loma Lighthouse serves to announce the western end of the entry into Sand Diego Bay. The lighthouse has a flashing white light that casts a beam into the Pacific Ocean 88 feet above the water every 15 seconds. A horn is active when fog is present.

Work began on the original lighthouse in 1854 and was completed about a year and a half later. This light was extinguished in 1891 after years of staffing problems at the remote and rugged location, and a new light was constructed that same year at a lower elevation to remain visible during periods of fog.

Point Loma extends southward into the Pacific Ocean on the west side of the main entry channel to Sand Diego Bay. From the point south about a half nautical mile, shoals form breaking waves, and kelp beds gently brush the shoreline.

The entry into Sand Diego Bay is deep, well-marked and easy to navigate. Keep a lookout for large Naval and commercial vessels both outside and inside the bay area, however.

Write a Review
No reviews yet! Be the first to write a review of New Point Loma Lighthouse.