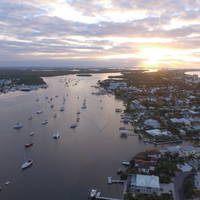 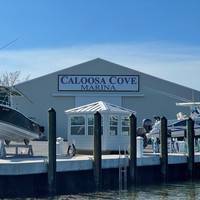 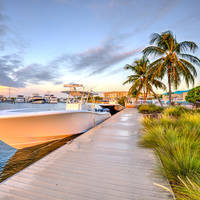 18 Reviews
Like a treasure in paradise, Stock Island Yacht Club and Marina is perfectly ... Read More

The island of Youth or Isla de la Juventud was discovered by Christopher Columbus on his second voyage to the New World. It is located 80 kilometers (50 nautical miles) to the Southwest of the larger Island of Cuba, in Los Canarreos Archipelago; it is the second in size and importance of the Cuban archipelago. It used to be the safe shelter for pirates, corsairs, and buccaneers, and it has been the source of many legends that still persist in time. In its waters, one of the most significant diving zones of the world is found: the Punta Frances National Marine Park at the Colony.

This destination is sought after by connoisseurs and lovers of diving worldwide. It extends approximately 6 kilometers (4 miles) and is located in the best zone, between Punta Pedernales and Punta Francés National Marine Park. It is especially ideal for underwater photography featuring the great diversity of its coral reefs. Remains of shipwrecks and numerous species of shells abound while diving on walls, tunnels, and canals. The presence of coral with plenty of black coral, gorgonians, sponges, caverns, allies, hillocks and valleys are characteristic of its dive offerings.

Marlin Colony is a world reference destination for the practice of diving, has an environment of unique beauty with 39 dive sites famous for their deep tunnels, channels and underwater valleys. There is a great variety of corals and marine fauna is abundant.

This base also offers water supply services, shipchandler, 220V and 110V electricity as well as minor repairs and crew hire.

Contacts with the port can be made through the VHF 19A.
Edit Approach

Write a Review
No reviews yet! Be the first to write a review of Marlin Marina El Colony.