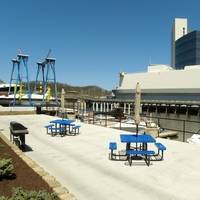 Trail Creek Marina accommodates boats up to 25' and is located less than ten ... Read More 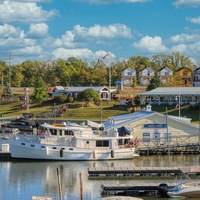 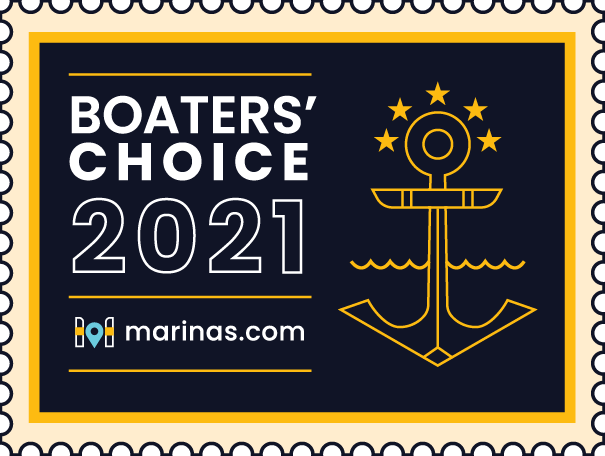 The Illinois Valley Yacht and Canoe Club is a beautiful, historic, not for profit boating and social organization located on the Illinois River. Our Club was founded in 1907 and the current clubhouse started in 1927.

Many additions and improvements have been made over the years; we now boast a seawall, a protected harbor with a permanent breakwater, a deck, steel docks, our family-friendly swimming pool, a restaurant and lounge, and the lovely expanded and renovated club house.

The club hosts all types of special functions: weddings, anniversary and holiday parties, rehearsal dinners, showers, social events, business meetings, seminars, and training sessions. The majestic building and panoramic view of the harbor create the perfect ambiance and can serve up to 200 guests.

With nearly 100 events hosted throughout the year – there is something for everyone. Sailboat racing and a swim team provide serious training and friendly competition, and sailing instruction (adult and youth) is available in the summer. When club members wish to relax, they can lounge poolside, feast at cookouts and Tiki parties, cheer on participants in the Cardboard Boat Races, attend holiday parties and more. The crowning social event of the year is the Commodore’s Ball black tie gala to honor the longstanding history of the IVY Club.

Over A Hundred Years on the Illinois River

Club members initially met at a downtown hotel, then moved to a houseboat, and, by the end of the first year built a clubhouse on pilings, about 700 feet down-stream from the present location. In 1927, the club reorganized, and moved their now-cramped clubhouse to the current location, jacked it up to second-story level, and built a new brick first story underneath.

In those early days, there was no seawall, and member boats, which were kept anchored out in the river, picked up and discharged passengers on floating docks along the muddy shore. In 1938, a 300-foot seawall was built, which got the members out of the mud and allowed the wearing of white boating shoes. But boats were still anchored out until 1947, when work started on a protected harbor. Next came a swimming pool, in 1954.

The first liquor license was acquired in 1956, easing the dehydration that had plagued boaters in earlier years. The following year, the Club was closed for major improvements: the old locker house, marine railway, and boat shed came down to make room for parking lot expansion and a boat storage yard.

The seawall was extended in 1962-1963, and a stiffleg crane was installed for boat launching. In 1965, a concrete deck was built near the pool. In 1967 the clubhouse was modernized, and a pool bathhouse was built. In 1970, the covered barge was purchased. In 1974, the old men’s locker room was converted into a lounge with fireplace. Many of these projects were carried out entirely by members.

In 1986 the Club acquired 400 feet of additional river frontage to the north. In 1987, the upstairs meeting and party room was given a face lift. 1990 brought a major overhaul of the clubhouse, with two new octagonal rooms, and an improved kitchen.

1997 was the beginning of a several-year project to replace old wooden docks with new steel docks. Along with dock replacement came harbor dredging, to maintain depth. In 1998, dock access was improved so that slips could be reached even during floods. 2003 brought a new round of south harbor dredging.

A several-year project began in 2006 to build a permanent breakwater to reduce siltation, enlarge the harbor, and replace the worn-out barges. In 2007, we published a centennial history book. A flood in September of 2008 stopped just short of the clubhouse floor, but the March, 2009 flood (the fourth highest in history) went several inches higher.

In 2010, member donations built a Tiki Bar near the pool, and added decorative lighting in the parking area. 2011 saw the harbor entrance dredged, and a sunken barge re-floated. In 2012, foam was placed in the covered barge to extend its life.

In 2013, we dredged the harbor entrance and removed the breakwater barges (no longer needed due to the new rubble breakwater). But the big news of 2013 was an all-time high flood crest that did a lot of damage to the Clubhouse interior and led to extensive renovation.

In 2014, we replaced the pontoons and pumps on the fuel dock, replaced the rooftop heating/cooling unit that serves the dining room, and dredged some harbor areas where breakwater construction had forced up adjacent silt.

In 2015, breakwater construction continued, despite a six-week summer flood, and Racombo IV, the Race Committee boat, had a major overhaul.

The pool was extensively repaired in 2016. In 2017, the breakwater reached its designed footprint, and final grading began.

Staff was very nice they even came in on their day off to get us all docked. Very pretty facility.

The club house with restrooms and showers and laundry were open to slipholders 24/7 which was great and appreciated. You also could dine at their restaurant or grab a drink at the bar. Pool was closed when we arrived. Had to walk all the way up to the club house (which is a bit of a way since we were docked on the other side of the docks) to check in with the bartender in order to finish registration and pay for our slip. But couldn’t be a nicer community of boaters and recommend stopping (and going to their events if you’re lucky to be there at the right time!)

The people are very nice here, but the cost ($2 a foot) is too high for this marina. The restaurant was closed while we were there (2 days) and there are no other restaurants or grocery stores in the area.

A really great stop along the Illinois River. The members make you feel as if you are one of them. The staff is great and helpful. Restaurant/bar is great and the pool is fantastic. We will be back!