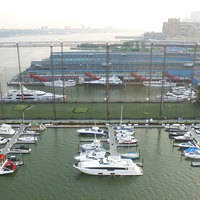 15 Reviews
The Marina at Chelsea Piers is the perfect starting point for everything New ... Read More 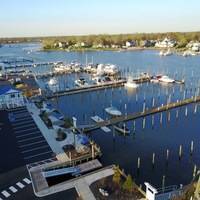 3 Reviews
Nestled on the calm, protected and picturesque waters of the Shrewsbury River... Read More 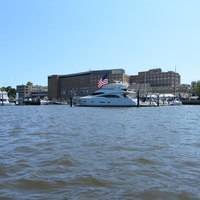 15 Reviews
The Irwin family has been serving the boating community since 1884. For over ... Read More

Great Kills Harbor Inlet is located on the southern side of Staten Island off Rarirtan Bay about six miles southwest of Verrazano Narrows and eight miles west-northwest of Sandy Hook in New Jersey. There are six marinas inside Great Kills Harbor (two of which are yacht clubs), and four of them accept transient guests at their facilities. In the center of the harbor are a great number of moorings (administered by the two yacht clubs here), but you can also find limited anchorage space on the northern end of the harbor.

Great Kills is an excellent layover spot for mariners making the run up or down the coast on the outside. A stopover in Great Kills Harbor shaves off about 24 round-trip miles versus staying over in New York City to the north.

The best approach to Great Kills Harbor is from the east. About two miles west of Sandy Hook, pick up red and green buoy SP (flashing red), and then set a course across Lower Bay toward flashing white Great Kills Light near the entrance channel to the harbor (the distance between the two marks is almost five miles).

Write a Review
No reviews yet! Be the first to write a review of Great Kills Harbor Inlet.